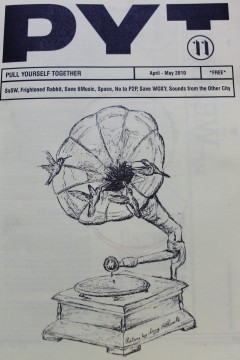 This 11th issue of the zine includes bits on SxSW 2010, efforts to save BBC Radio 6 Music and an article arguing against Pay to Play (plus other stuff).

The Pull Yourself Together website is still floating around cyberspace at the time of writing. Go and have a look here.