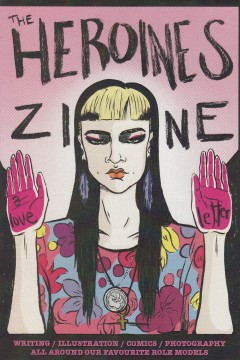 Description from Broken Frontier: “an anthology that gives a whole host of contributors an opportunity to laud their own personal female role models. Sometimes that takes the form of focusing on someone who has had a tangible effect on their lives while in other cases the pieces are more casual but no less affectionate.”